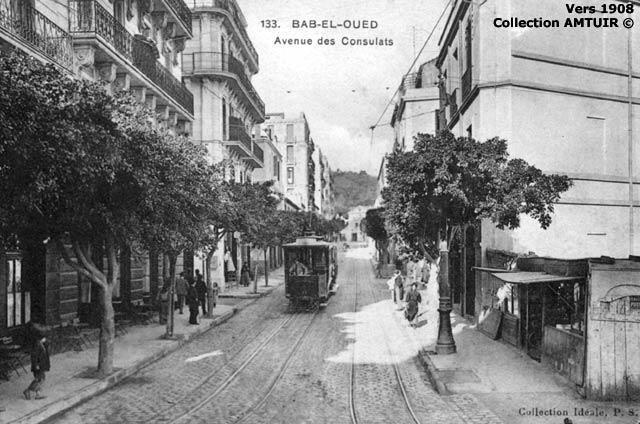 Avenue des Consulats was one of the many boulevards the French built alongside the Casbah. This often required tearing down the homes of current residents. 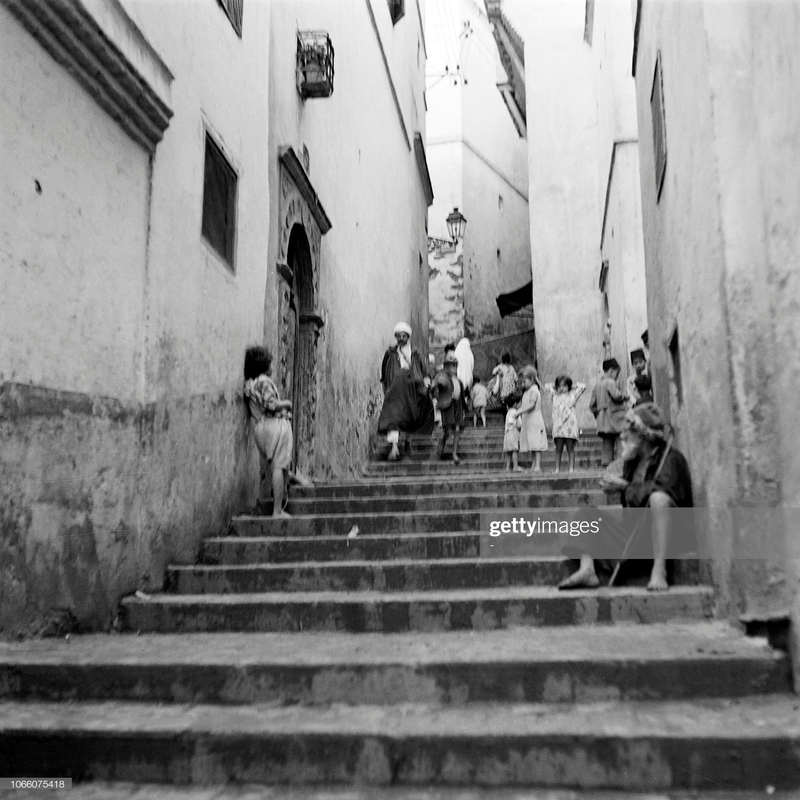 Much of Joseph Hyam’s attention to urban areas focuses on Algiers. While he also recommends visiting Constantine, Biskra, Tlemcen, and Tunis, he labels them towns, which connotes something smaller and less sophisticated than a city. Algiers, as the capital of the French government and city with the largest French population, received special attention and housed the colonial government’s various offices and bureaucracies, which explains why Hyam deemed it worthy of “being a city.” Meanwhile, guidebooks portrayed smaller areas which had stayed more “Arab” as curious and quaint, but somewhat primitive by the standards of European cosmopolitanism.

This distinction between city and town persists even in the description of Algiers itself; repeatedly, Hyam takes care to distinguish between “the French city bordering the sea and the Oriental town [emphasis original] rising gradually behind”, separating “the Arabian town, the French city, the surrounding countryside.” This repeated distinction between native town and French city serves to drive home Hyam’s Eurocentric assumption that the latter is a center of worldliness and grandeur, the former something provincial - even though the native Algerians were by far the bigger population, closer to a city than a town. Hyam’s bolding of “Oriental town” also marks it as something important, as he often bolds sites of special interest (such as “gaudy palaces” and “white city” [emphasis original]). Meanwhile the non-marked “French city” is made to seem natural. Consciously or not, this leads travelers to disregard the innate unnaturalness of a French city forcibly implanted in Algeria, normalizing colonization and suggesting that native Algerians are the unnatural, odd ones out.

When describing the inside of Algiers, Hyam continues to present the French town as something familiar, reassuring, and the native neighborhoods as odd and mysterious. He celebrates the boulevards as “bear[ing] comparison with anything similar in any seaside town of Europe”;  he also frequently compares the colonial capital to the French one abound in particular, claiming “The magnificent buildings...are quite equal to many of the finest houses in the chief streets of Paris.” For Hyam, this is the highest praise possible. Still, these constant comparisons to Europe and France in particular remind us that Algeria is forever being judged by European standards, operating under the racist assumption that it should aspire to reach them. Hyam claims these buildings and boulevards are comforting to the European traveller, and therefore he does not question their existence.

The Arab town, on the other hand, he describes as inherently Other and mysterious, among other Orientalist tropes. It is “mysterious and fanatical, with its narrow and tortuous lanes, often deserted and bare. The almost hermetically sealed white houses seem to reflect the character of their inmates…” By describing it as sealed, Hyam implies it is not only closed to the curious European gaze but also designed to keep in the Arab residents, hence his calling them “inmates.” The town itself is personified with terms (fanatical, mysterious) often used to paint Muslims as irredeemably dangerous and inhuman. Even as he gives the city itself a voice, Hyam only lets it repeat the racist tropes that justified colonization- that European presence and domination is natural, justifying the alienation of Arabs in their own homeland.