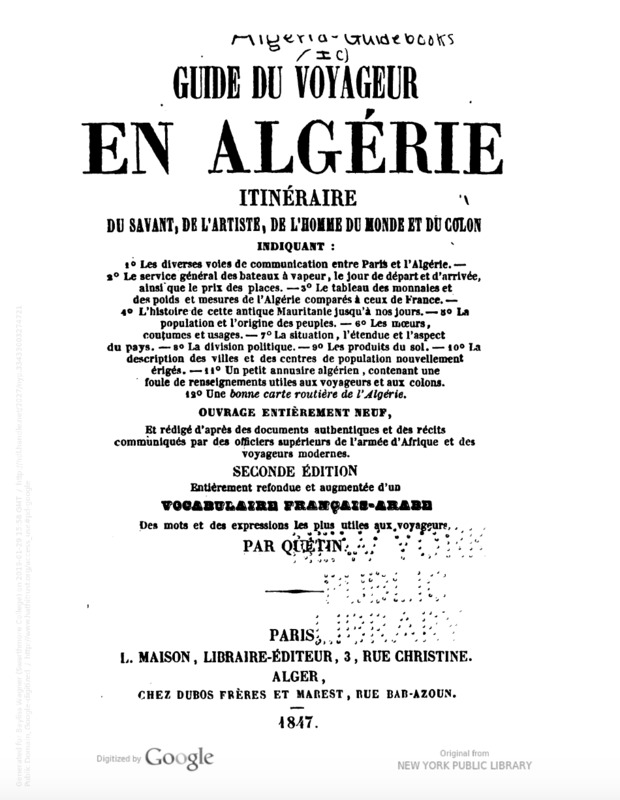 The Guide du Voyageur en Algérie for “the savant, the artist, the man of the world and the colonial settler,” is a French-language guidebook printed in Paris and written by a man named Quétin. The guide was published in 1847, 17 years after the French conquered Algeria. The Ottoman empire controlled the country before 1830. A year after the guidebook was published, in 1848, the French officially made Algeria a part of France.

In the guidebook, Quétin makes explicit that travelers to the region contributed to the imperial project by learning about native Algerians. He writes, “to control a population, one must understand them and be understood by them...it is not the army’s brutal force and destruction that force a people to submit to a foreign power; it is necessary to capture them by their interests and their manners.” The French in particular subscribed to this maxim by seeking to assimilate native populations.